When Jen and I were in Berlin last year, we were strolling around checking everything out around Berghain as we had planned on going later in the week. We stopped at a bar to have a quick drink and picked up a magazine that was on the shelf. While flipping through // Freshguide Berlin (official) magazine in search of some local club event listings, we just happened to accidentally stumble upon a half page spread for the party that I was playing the next night at M-BIA Club Berlin. It was a totally random, yet very cool surprise. 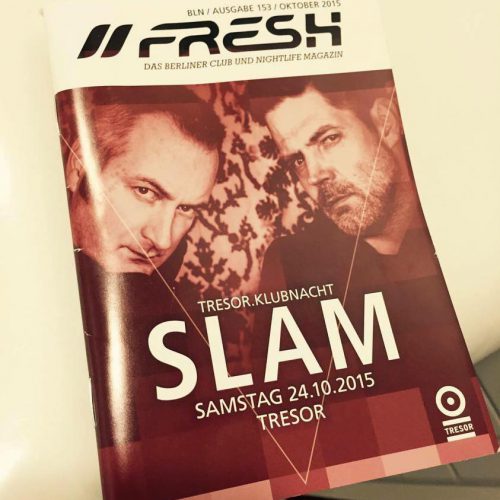